HAVE A NEW LIFE for the artist : BSTYLE

"I explored graphic techniques which intensify the ultimate result. Exaggeration and the geometric structure led to a portfolio of defiant kinky images, which at the same makes the graphic quality stand out."

More than happy with the result, MisterB comissioned Maas to overhaul their website. Gives new meaning to the term "webmaster". 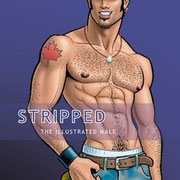 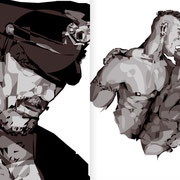 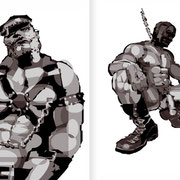 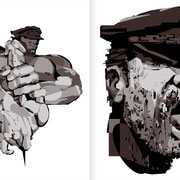 'This stately collection gathers the highlights of gay comic art, painting and drawing. Whether comic strip or pin-up, with text or completely without words, in colour or in black-and-white - this book presents an exciting cross-section of this young and dynamic branch of gay art.'

MisterB asked Maas to design a new site wherein the graphical style of the artworks was implemented. An entirely new flash-based site was developed and has been online for 5 years untill 2007.

After the assignment Maas didn't feel the need to add new kinky artworks to the portfolio and finally the portfolio was completed with a portrait of Linda Evangelista who became a big inspiration for Babelle, another project that arose at the same time and took more of his attention.

Also visit the other 'Have a new life for the artist' - projects: